What Are The Disadvantages of Biofuels?

Biofuel production is on the rise and new types of biofuels are being researched every day. In 2008 alone, the world invested more than $4 billion into increased biofuel capacity, yet it makes up for less than 2 percent of the world's fuel. The excitement and potential are there, but there are also disadvantages of biofuels. Only time and research will be able to confirm or deny just how serious these issues may be. Below we break down the top 5 disadvantages of biofuels. 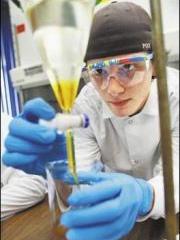 2. Does making biofuels use too much energy?
Some people think so, as a few studies have found that when you factor in the energy used to grow the crops, the numbers don't look good to the tune of a 29 percent deficit.

3. Biofuel is not easy to find
Our society is so dependent on oil-based fuel that finding biofuel can be like looking for a needle in a haystack.

4. Loss of performance in vehicles
Typically, a biofuel car loses between 10 and 15 percent of its performance compared to running on gasoline.

4 Responses to “What Are The Disadvantages of Biofuels?”