The Worst Floods in History – Which Country Was Hit the Worse?

It may be surprising to learn that throughout history the deadliest natural disasters have proven to be floods. This is usually because the population around river banks happens to be the largest, since rivers provide the necessary means for transportation and industry, as well as resources for agriculture. So, it is not a coincidence that a lot of civilizations since the ancient past have been built around major rivers...many of which are prone to massive flooding. 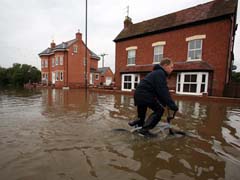 Most of the worst floods in history happen to be in Asia, but some took place in Europe as well. It's important to point out too that the worst floods are considered so, not only because of how many people died because of the initial flood waters, but also because of those who died following the disaster from famine. The aftermath often kills more people than the flood itself.

Here is a list of the worst floods in history ever recorded. (Floods that were caused by hurricanes or typhoons are excluded from this list):

1. Huang He (Yellow) River, China – 1931. Because of the broad expanse of plain that the Yellow River rests on, it is very much prone to flooding. The high content of silt gives the Huang He River its yellow tint (so, it was named after that). The silt can build up until the surrounding land becomes lower than the river. In 1931 the death toll from the Yellow River flood was estimated between an extraordinary 1,000,000 and 3,700,000.

4. Huang He (Yellow) River, China – 1642. Once again, one of the worst floods ever was on this river, with the death toll this time at about 300,000 people. By now you begin to wonder why anybody would live there!

5.Yangtze River, China – 1931. China was struck again, and this river has been reported to have flooded more than 1,000 times (even though the Huang He killed more people overall). The death toll in this flood was 145,000.

6. Ru River, Banqiao Dam, China – 1975. This is one of the worst floods in history that followed heavy rainfall, which caused the Banquia Dam to collapse. 230,000 people were killed in this flood.

7. England and the Netherlands – 1099. A combination of storms and high tides created a massive flooding event in the Netherlands and on the river Thames in England, killing 100,000 people.

9. The Neva River, Russia – 1824. This may not be the worst flood ever, with a death toll of only 10,000. Still, it is recorded as the worst ever in Russia, a country which normally has other things to worry about (-30 6 month winters, for instance!). The flood originated from an ice dam clogging the river, and the cities nearby were devastated.

For more information, go to:
http://en.wikipedia.org/wiki/List_of_floods