In the last decade, a large number of research institutes and companies around the globe have joined the race to produce power from nuclear fusion. In June 2011, a report was released, which stated that the central government of China is planning to train no less than 2000 experts to research magnetic confinement fusion, which should overcome the problem of the rigours of the fusion chamber. The country has moved research in this technology right up on the list of its scientific priorities, and has clearly stated its intent to become the leader in the field, and most importantly, to become the country that will forever be known as the one which first produced unlimited energy, and which, as a result, saved the world from its water scarcity problems forever (not to mention all the countless other problems associated with energy use, such as CO2 emissions). 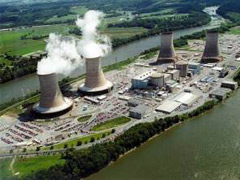 Unlimited Energy
Unlimited super-cheap power is no longer a Star Trek fantasy! Granted, it’s not going to appear any time this week either, but a lot of best minds around the world are working on it, and the signs are looking good. Nuclear fusion power has been called no less than the holy grail of cheap and green energy. Not to be confused with the current technology of nuclear fission, in which the atomic nucleus is broken, leading to the release of energy, in fusion technology the nuclei of two atoms are fused together, a process which also releases large amounts of energy. Nuclear fusion is, in fact, what happens in the sun, and soon we may be able to replicate the same processes that are ultimately responsible for life itself, and in effect produce our own micro-suns on earth.


Nuclear fusion uses hydrogen isotopes, deuterium and tritium, all of which are abundant in seawater, and scientists agree that this source of fuel is unlimited. In addition, unlike nuclear fission, nuclear fusion does not produce any harmful by-products whatsoever. It creates the harmless helium gas, and nothing more. As of today, a number of technical problems have kept nuclear fusion just beyond our reach. Research is underway to create a material which can withstand the rigors of the fusion chamber. In addition, as part of the process, lasers have to fire with pin-point accuracy at a tiny deuterium pellet with a fast frequency, and this is proving to be a challenging technological barrier.

Nuclear fusion will enable desalination plants to be built on a grand scale, and solve the water scarcity problem for ever. The potential is there, and whoever meets the challenge first and successfully taps into this incredible source of power will go down in history for ever. So, who is it going to be?

China
Some people are likening this to the space race of the 50’s and 60’s between the USSR and the US, which the former unexpectedly won when it sent the first man man-made object into space, Sputnik 1. Now it is China versus the US and the EU. All three have put big money into this technology, but with this latest news, it looks like China is the most determined to get there first. If it does, China will have made a giant leap of intent to finally taking its new position as the world’s global superpower.