The Impact of Global Warming on Oceans 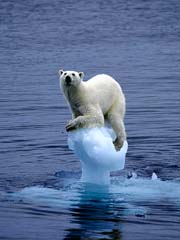 The first impact of global warming on oceans is the increasing number of low-oxygen areas. These are projected to increase over 10-fold if global warming remains unchecked. These so-called ‘dead zones’ could stay there for thousands of years to come. The dead zones caused by global warming are not like those caused by human activity, which are usually able to recover if the activity is controlled.

One of the other effects of global warming on oceans is the expansion of water bodies. Because the polar ice caps are melting, the oceans receive more water. A 15 to 95 centimetre rise has been noted by scientists for a rise in temperature of 1 to 4 degrees. Since the Ice Age the levels of the oceans have been rising steadily up until the 19th century. However, over the last hundred years the sea levels have had an annual rise of about 2mm.

The marine flora and fauna, as well as the entire marine ecosystem are greatly affected by this. For example, there are many fish that will only lay eggs at specific temperatures, and even a tiny variation in temperature will confuse them. Algae growth is also affected by changing temperatures, and this is alarming, because many species feed on it.

Melting glaciers, perhaps the most talked-about impact of global warming affects non-marine species of animals, such as caribou and polar bears. Because of melting glaciers the vast tracts of the tundra can no longer support wildlife. (To read more about melting glaciers click here).

Another of the not so well-known effects of global warming is ocean acidification. This takes place when the carbon dioxide released into the atmosphere reacts with ocean waters, which creates carbonic acid. The result is that the ocean’s acidity has already increased by 30 percent. This doesn’t seem like much, and even a 150 percent increase would not even be detected by humans. However, there is a variety of species that are greatly affected by even small pH changes, such as crustaceans, molluscs, phytoplankton, algae, and reef-forming corals. These species are also referred to as marine calcifiers.

The effects on harvested species like squid and fish are less known. There is one area that particularly concerns scientists, and that is acidosis, which happens when body fluids have a build-up of carbonic acid. This process can disrupt reproduction, growth, and respiration. One indirect impact of global warming is that other species will suffer if marine calcifiers are lost, because they provide essential food for these species, and even habitat (as in the case of coral reefs).

For more information on global warming, go to:
http://en.wikipedia.org/wiki/Global_warming
http://globalwarming.com/