It won’t be long before the phrase “smart window” is as ubiquitous as any other smart technology buzzword. A research team from Shanghai University has shown how a window may be created which “knows” when to keep the sun in and when to keep it out. This is made possible by coating polycarbonate with tungsten “doped” vanadium oxide.
The Shanghai University team, led by Dr. Yen FengGao, sought to take on the challenge of properly harnessing solar power in a film, (picture a black solar panel), because they are limited to “housetops and wall periphery,” and “could not be integrated into windows that require the material to be transparent.” 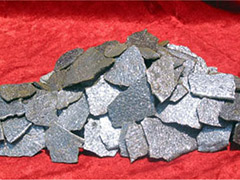 It has been an idea in development for some time, with some research going back to University at Berkley, California 1987, in a progress report by Michael D. Rubin on: “Optical properties of thermochromic V02 coatings for windows”. And then, in 2011, the Engineering and Physical Sciences Research Council awarded a grant for further investigations for commercial properties of vanadium oxide coated windows. Chief among that research was to find out “how to dope the VO2 films in a way that not only the transition temperature is shifted to the required value, but also the color of the films and the optical properties of the film are acceptable for commercial use.” The word “doped” being used refers to the 1.9 percent tungsten content in the vanadium oxide, “investigated for use as a "spectrally-selective" window coating to block infrared transmission and reduce the loss of building interior heat through windows.”

The tungsten being necessary because it allows for the catalyst at room temperature, and a hindrance at the same time since, “tungsten-doped VO2 exhibits a rather unpleasant brown/yellow shade.” Although it appears that the Shanghai University team solved the problem of transparency, with regard to the coating.

More impressive is that the Shanghai University team went beyond the direct application of the vanadium oxide film, also incorporating the ability to harness the light reflected off the metallic vanadium oxide into the area around the frame, “where Gao’s group put a simple photovoltaic cell” so that the window can generate energy, enough to power a 1.5 volt lamp.

Right now the cost of the windows and the technology to produce them, you can bet, will be more expensive than regular glass panes, and maybe too expensive for wide-spread implementation. However Dr. Gao and the study’s co-authors pointed out that “buildings eat up 30 to 40 percent of the energy humans produce, and it all goes to heating, cooling and lighting. So a smart window like this could make a dent in that percentage.”

Smart panes, or whatever this technology will be branded as, have a real energy saving, and energy generating functionality, and undoubtedly will strike the curiosity of a company like Google long before any government could afford to make an investment in retrofitting their buildings with it. Yet with support, maybe smart window technology can be an effective tool if and when the massive amounts of energy wasted on the sagging U.S. power grid will ever be substantially challenged.