People are eating more and more meat. Recent research shows that India, China, Brazil and southern Europe are seeing rapid rises in meat consumption, while countries like the U.S. and Canada are seeing declining numbers. Despite the declines, total global consumption is rising. This is largely due to the fact that rapidly developing countries are eating more meat coupled with the fact that the population is growing, according to an article by Jeremy Hance of Mongabay. 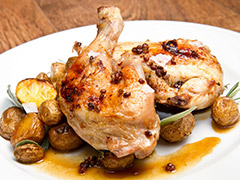 However, this is not without consequence. In the 2011 report, livestock contributed to an estimated 18 percent of all human-caused greenhouse gas emissions, which are the main contributors to global warming. Nearly 40 percent of the world’s methane and 65 percent of the world’s nitrous oxide are due to the production of livestock. These percentages are only likely to grow as we continue to see a demand for more meat.

In addition, more land and water will be needed to sustain the growing demand for livestock. Global agricultural water use by livestock already accounts for 23 percent of total usage.
There are some ways that you can make a difference. For one, support pastoral systems over industrial feedlots. Pasture-raised animals can help to improve carbon sequestration. You can also opt for organic meats, which have not been subjected to antibiotics or other dangerous chemicals that affect us and the environment.