Much like pay-as-you-go phone plans, some electric companies have begun to implement prepaid electricity plans for consumer households. Proponents of the plans say that they allow for energy conservation, helping both the environment and the economy at a time when electricity costs are rising. 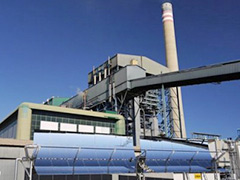 One of the oldest prepaid electric programs can be found in Arizona, where the company M-Power has operated for about 20 years. The company reports that their customers reduced energy usage by approximately 12 percent upon switching to a prepaid program. M-Power claims their consumer base is more energy-conscious on prepaid plans. They provide customers with real-time, in-house displays that indicate the amount of energy usage taking place whenever certain events happen, such as a stove heating up or an air conditioning unit turning on. Thanks to this detailed data, customers tend to be more alert about how much energy is used.


Prepaid energy use is on the rise. Statistics indicate that home electricity meters designed specifically to tally energy use, like the displays provided by M-Power, can now be found in about 34 million households—millions more than just a few years ago. Despite the huge surge in prepaid plans, the trend still has its detractors. Some say the drops in energy use are more like deprivation than conservation, as they arise not out of a desire to spend less on energy, but a dire economical necessity. In addition, although energy credit is sometimes extended, depending on the plan, if a consumer runs low at the end of their pay period, mishaps have been known to occur as a result of the prepaid plans. If a refrigerator is turned off at the end of a pay period, spoiling all of the food inside, that kind of event could put an already financially struggling person into an even deeper economic hole.

Despite a few downsides, it seems prepaid plans are here to stay. While they may never fully overtake the month-to-month system of most electric plans, the prepaid alternative seems poised to carve out a sizable chunk of the electricity market.