The UCLA researchers decided to take on a project to find out if liberals backed up their claims to be energy conscious or did they waste just as much electricity as conservatives. Depending on which side that you lean, you might say that this can cause trouble or be a confirmation of thought. 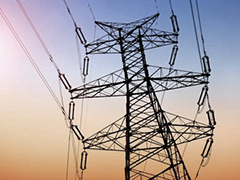 When the researchers compared electric bills with 280,000 household voter registration, it seems that the liberals were indeed less likely to leave air conditioners or lights on and they did conserve more energy than the Republican households. This is of special note, because it was more apparent during the warmer summer months. Another key area to remember is that the research was done in the American West, and this may or may not reflect the rest of the country; however, it’s a pretty good indicator. It seems that liberal households were more likely to accommodate voluntary restraint as compared to the conservative households.

Here is another interesting fact, while there was a difference between conservatives and liberals in energy waste, there was even a greater difference between those household that were proclaimed as Green Party and everyone else. During summer seasons, it appears that Democrats consumed 6.6% less electricity than Republicans and Green Party households consumed 19.1% less electricity than the Republican households. These numbers are interesting, and reinforces the Green Party attitude, but again one would assume that the gap was just a bit wider between Democrats and Republicans. The statement that it makes is that Democrats will agree to be slightly less comfortable to participate in the conservation of energy than the non-interested conservatives, however, they aren’t willing to be too uncomfortable and Republicans don’t want to be uncomfortable at all, no matter what the cost in dollars or to the planet.

The experimental research is an excellent indicator as it produces facts as opposed to opinions or hearsay. The consumption of electricity is a private and personal matter that is not observed by the outside world. The results of the research are explained not by peer pressure but by ideology; and the ideology is fairly apparent on all sides. The concept of voluntary restraint is indeed driven by political beliefs, and is yet another statement on the ever challenging topic of climate change. Those that might be cynical now have some statistics to show that the gap between behavior and belief is not quite as wide as they might have assumed.

It might be old school thinking, but in our middle class home, the topic of lowering the electricity was always based on financial reasons. Today it seems to be a combination and includes planetary awareness. While this is a wonderfully good thing, it is very telling when for those that choose to not only leave the air conditioning on, but have the financial ability to pay the extra and lack of sensitivity toward the reduction of energy to save the planet. If anything refreshing came out of the research, it’s the fact that those that stand for the Green Planet support their cause in their lifestyle choices.

6 Responses to “Liberals vs Conservatives: Who Wastes More Electricity?”