Is the water you are drinking filled with drugs?

I first became aware of the topic of drugs in the water system about six years ago. One of the local students had submitted a school science project for the science fair which examined the amount of estrogen that was contained in the city water. The project was conducted so well that the county used her information to create their own analysis of all pharmaceuticals contained in the water. The final statistics of the study was pretty astounding. Yes, there are drugs in the water system. 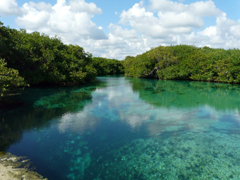 Many counties and states have created their own research teams to continue the direction of finding out exactly what pharmaceuticals are in drinking water and why. The Associated Press also started their own individual study and found a surprising amount of drugs in a variety of drinking sources. One might envision people simply dumping their medication down the drain, but a vast majority of the pharmaceuticals are simply from people taking their medication and having it leave their bodies naturally. When the toilet is flushed, it includes left over meds from the body. Since most areas are accomplishing the cleaning of reclaimed water, not all of those drugs are being removed.


So exactly which drugs are found in drinking water? The most popular drugs, of course. It depends on your area and the population age. Prescriptions vary by age as to what is taken as a priority ‘top ten’ drug. Since the Federal Government doesn’t have any regulations established for the amounts of pharmaceuticals in drinking water (yet), each county is left to their own budgets to figure out how to filter out the drugs.

Standard home filters are not usually set up to filter out at the pharmaceutical level in parts per million, so you aren’t even safe using a tap filter. Much of the bottled water is taken directly from springs, lakes and yes – even just from filtered tap-water. Drugs have been found in lakes and reservoirs all over the nation. So now we are not only adding pharmaceuticals that we don’t need to our own bodies, we have managed to infiltrate into nature and are giving the wild animals the drugs as well.

However, the journey of medication doesn’t stop there. As large corporate ranches and farms continue to inject animals with hormones, the waste byproduct from these animals is given off and enters the water system as well.

The pharmaceutical industry does not see any problems associated with the small amounts of added drugs in the water system. However, at a number of conferences, information and research is being released that demonstrate there are definite damaging effects being seen in both embryonic as well as wildlife results. From cancer to slow growth of kidney cells, the added drugs in our water systems over such a long period of time are taking their toll on life in general.