Global Warming Impact on the Earth: Concern or not? 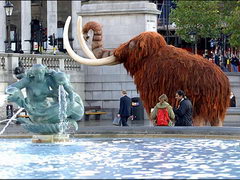 The impact of global warming on earth has been the cause of many heated debates, and all scientists do not agree on whether global warming is a true source of concern are not. Some say that the warming that is occurring is not all bad, and may have positive as well as negative effects. There are some reasons to be concerned, but there are also aspects of this warming that may be beneficial to mankind as well. There is a popular belief that global warming means the entire world is heating up, and that is not true at all. Instead temperature changes are happening that can go either way. Some areas of the earth may see cooling temperatures, while other areas may heat up at the same time. Both of these factors can have a big effect on life in the area, and even determine whether it is possible for the area to allow life or not. Greenhouse gas emissions are a big part of the problem, but this is not the only cause. Global warming has occurred through the history of the earth, the problem is that humans are speeding up the process significantly. This is due in part to increased pollution, as well as deforestation and other impacts of humans on the planet.

The impact of global warming does have many negative aspects. The polar ice caps are melting, and this can have consequences for entire ecosystems. Species may die off because of altered temperatures which make the area unlivable. Sea levels are rising, and this is also an impact of global warming. Islands may become covered by water, leaving the inhabitants with no place to live. Fertile crop lands may also become covered, lowering the food supply for the world. Many of the crops used around the world are grown in coastal areas, and these areas will be the ones that can be flooded. This could cause a food shortage that affects the entire world population. The melting ice caps caused by global warming are slowly increasing the sea level, and altering the sea temperatures as well. Warmer waters in certain areas of the world can mean storms which are more powerful and that do severe damage. Hurricanes and tropical storms may develop faster, and stronger. This can lead to more natural disasters, such as the typhoon which landed in India and Hurricane Katrina in the United States. Warmer temperatures also mean insects and germs may flourish, becoming bigger problems to mankind, because there are no colder temperatures to kill off these threats.

Not every impact of global warming on earth is negative. Warmer temperatures means that some areas that were not livable before may become so in the future. Changing weather patterns may also be a positive thing for some areas. In Africa, the desert could flourish if enough rainfall occurred. Areas that experience droughts and famine may experience climate changes that help alleviate these problems. Cooling may help lower temperatures in places where the heat is intense and can threaten life. New species of plants and animals could evolve in response to global warming, and this could have a number of benefits for the earth and the population on it. While the impact of global warming on earth is not all negative, there are many negative aspects which make this problem one to worry about. Eliminating the use of fossil fuels and environmental pollution will not stop the effect, but it can slow it down some. The earth goes through cycles of cooling and warming, and another ice age may happen sooner than previously suspected if steps are not taken. Global warming is a cause for concern, but not panic.

One Response to “Global Warming Impact on the Earth: Concern or not?”