1. Coral Reefs Can Be Used As Global Warming Indicators 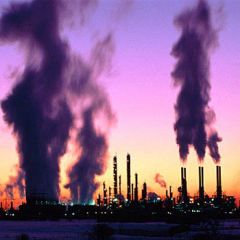 One of the many global warming interesting facts is that coral which grows in the ocean can be used to determine the effects of this phenomenon. These underwater reefs are extremely sensitive, and even a temperature change of one or two degrees in the water can cause the coral to die off. This will alert scientists to areas which are increasing in temperature.

2. American Glaciers Are Among Those At Risk

The Montana Glacier National Park, in the state of Montana, has seen one hundred and twenty three of the glaciers in the park disappear due to melting since 1910. Only twenty seven of these natural wonders are left here, close to one sixth of the glaciers originally seen in he park in the past.

3. The Thaw And Freeze Cycle Has Changed In Areas

One of the global warming interesting facts is that in the northern hemisphere of the globe the spring thaw and fall freeze has changed in the last few decades. The thaw occurs around a week sooner than in the past, and it takes an extra week for the fall freeze to happen.

4. Rising Sea Levels Will Affect Hundreds Of Millions Of People

Rising sea levels are a big cause for concern. Currently more than one hundred million people live in coastal areas which will be flooded, and this can include entire states and countries, as well as islands.

5. Global Warming And Cooling Occur In Cycles Through History

Close to every one hundred thousand years the earth will go through a cooling and warming cycle. This means that eventually another ice age will happen. Humans are speeding this process up drastically with greenhouse gas emissions and pollution, and this may cause severe changes to occur much faster than they usually would.

6. Global Warming Can Cause Many Species To Become Extinct

Global warming interesting facts include the number of species that will become extinct if this trend is not reversed. Over a million species will no longer exist, except maybe in history books or museums, unless steps are taken to correct the issues and protect the earth.

7. The Last Thirty Years Have Been The Warmest In Almost Half A Millennium

In the last three decades the earth has seen warmer temperatures that were recorded in more than four hundred years before this point. More people, industrial plants, and pollution mean the problem is growing bigger and speeding up.

8. Global Warming Is Not Always A Temperature Increase

One of the global warming interesting facts which may seem confusing is that this phenomenon does not necessarily mean higher temperatures. In some areas of the world the temperatures may become cooler instead, and this can be just as devastating.

9. A Few Degrees Either Way Can Mean Hunger Or Drought

Some may argue that the increase in temperature is only by a few degrees, but this can affect the crops grown and weather conditions experienced. Even a change of two or three degrees may make the area unsuitable for some crops and food production. Less rain may fall, and this can also have an effect on the global food supply and food prices.

10. Global Warming Effects Can Not Immediately Be Stopped

Even if all pollution and greenhouse gas emissions were stopped right now, it could take years or even decades for the effect humans have had to be eliminated. Greenhouse gases will sty present in the atmosphere for many years, and as long as these gases are present they damage the ozone layer and the environment.