Geothermal Applications – The Reality and the Potential of Geothermal Food Processing

There is a large number of geothermal energy uses, such as to heat and cool homes and offices, and to provide the energy to run power stations. One of its lesser known uses is in the food processing industry. This energy intensive sector can benefit greatly from this renewable energy source. The immediate question most people ask is what kind of geothermal applications this industry has. 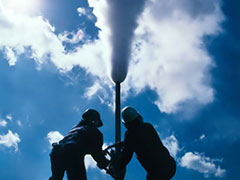 The heated steam that geothermal provides can be used to sterilize rooms and equipment. In addition to being a green source of energy, this geothermal application would negate the need to use nasty chemicals to do this job, as is common practice now. Mainly though, the endless heat from geothermal energy can be put to a whole variety of good uses, such as to dry out plants, and then make powders and concentrates, as well as to cook foods as part of the preparation process. This would otherwise be more expensive to do with traditional energy forms.

In Gunion, in the middle of nowhere, Nevada, there is an unexpected surprise. The company Integrated Ingredients is operating a spice processing plant there, which is running on geothermal energy. The company has 76 employees, which work round the clock to dehydrate onion and garlic. The plant is located very far from any towns, as there is an abundance of geothermal energy, and this is utilized to provide clean and green power to the entire factory. Hot water is pumped up from underground (via two 700 meter wells) and then used in the dehydration process. After being used in this process, it is then released back into the ground. The onion and garlic is the milled into powder and sold.

This factory is a state-of-the-art facility, which works on minimal energy costs, and which provides a product which would be difficult to produce in urban centers due to the smell is causes.

India's food industry is huge. The total market including processing is estimated at $70 billion a year, and is growing fast as export demands increase. The country is attracting billions of dollars in investment in order to streamline the industry, which is suffering from high wastage due to lack of lack or infrastructure. The storage and processing facilities are completely inadequate.

It takes an enormous amount of energy to minimize wastage and produce a finished product. If India is going to be able to compete with the international market, it needs to reduce the costs of this energy. This could be done by utilizing the country's vast geothermal potential. For instance, to dehydrate a kilo of pineapples, it would cost 90 units using geothermal energy, and 4950 units using conventional energy (figures from the food processing industry in Guatemala). Most food processors agree that using geothermal saves about 80 percent of the costs on fuel, and out 5-8 percent of total costs.

India is a good example of a country which could have the potential to benefit greatly from the use of geothermal applications in food processing. The question is though, will there be the will to actually realize this potential? I truly hope so.

As you can see, there are many geothermal energy uses in the food processing industry, and in certain parts of the world, such as Nevada, is a reality which is with us right now and which is reducing the impact of the indusry on the environment, and reducing costs! In other parts of the world, such as India, the potential is there and is vast, but it remains to be seen if it is utilized in the next few years.

For more information on geothermal energy, go to:
en.wikipedia.org,
www1.eere.energy.gov