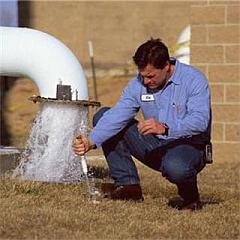 Food waste to energy is a process that shows terrific potential. There are many tons of food waste in the country, and around the world, that are thrown into landfills to take up space and emit methane and other greenhouse gases while decomposing. Instead, these discards can be used to generate energy instead, and this process has many advantages and benefits. Leftover scraps of food that would be discarded and take up space in a landfill are instead put into an anaerobic digester. These machines are the key to breaking down food waste and turning it into energy. When the food waste is put into the digester, it is exposed to a warm and sealed environment, where no oxygen is present. Bacteria will break the organic wastes down much faster, and the warm temperatures also help speed up the decomposition process. As organic material decomposes, it releases methane gas, which is captured and then used for energy. Some of the bacteria used in the digester will release methane gas as a byproduct, in addition to the gas released by the decomposing waste. Other bacteria which is introduced as part of the food waste to energy process is used for fermentation, which will also speed up the decomposition process.

The food waste to energy process offers a number of benefits, and very few disadvantages. This process takes a substance which would be thrown away, and uses it to create energy while decomposing in a much shorter amount of time. When this waste is thrown in a landfill it will take up significant amounts of space, and will release greenhouse gas emissions which contribute to global warming. Generating power from this waste just makes good sense, because it addresses both the landfill capacity issue and the energy problems that fossil fuels can create. It is very environmentally friendly, and because the anaerobic digester is sealed there is no odor problem or air pollution that occurs. Instead the food waste to energy process is safe, clean, and efficient. Food that would be thrown away is utilized instead for energy generation. This can really benefit the population and the environment, because nothing is discarded but is used instead. If steps are not taken to eliminate the global dependence on oil and fossil fuels there will be an energy crisis in the near future. Using alternative renewable energy sources including food waste will prevent this crisis while protecting the environment at the same time.

Being environmentally friendly means conserving energy and protecting the environment as much as possible, and food waste to energy facilities do just this. Household and commercial food scraps are diverted from the landfill, and are placed in an environment with plenty of bacteria and warmth, but without any oxygen. This dark warm environment is the ideal home for the bacteria used, and decomposition is sped up significantly. The gases created from the process are captured and used as a biofuel, or to generate heat and electricity. This process may be used along with municipal waste to energy programs. When the garbage is sorted the food scraps and waste can go to one facility while the other garbage goes to the other facility. Even third world countries which see food shortages have food that is wasted and thrown away, which makes these facilities ideal for almost any country and location. In addition, the local community and population will benefit from increased jobs, purchases of needed equipment and supplies, and taxes and other revenue generated by the company. Food waste can make biodiesel, bioethanol, electricity, and heat, so it is very versatile and flexible.