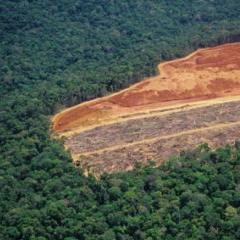 Deforestation and global warming are connected in another way as well. The forests act as carbon sinks, holding carbon in the ground and preventing it from being released into the air. Natural causes of global warming can have an impact on the forests around the globe, but man does much more to contribute to the causes and effects of global warming than Mother Nature. There is a proven link between deforestation and global warming increases, and many countries are taking steps to prevent their forests from being destroyed. South American countries have taken steps to minimize damage and deforestation to the rainforests, and some countries have offered to give financial incentives in return for these decreases. The forests of the earth affect every living thing on the planet, and help control global warming by filtering and sequestering carbon.