Corporate Accountability: How ExxonMobil Subsidiary XTO is Paying for its Negligence

Back in 2010, ExxonMobil subsidiary XTO spilled 57,000 gallons of fracking wastewater and other contaminated fluids from ill-maintained tanks into the Susquehanna River near a Pennsylvania Township. Giant blunders like these, especially when fracking is still embroiled in controversy, are particularly difficult to cover up, so XTO was forced to face the music. The subsidiary agreed to pay a $100,000 federal fine on top of spending $20 million to get its frack-water treatment and disposal facilities in Pennsylvania and West Virginia up to snuff. 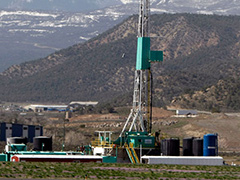 More recently, in early September, a grand jury investigation led to XTO being charged with five counts of state law violation. According to John Upton’s article on grist.org, “The grand jury found that XTO hired a company to recycle waste water at the Marquardt site from Nov. 4, 2010 through Nov. 11, 2010. After that one-week period, XTO directed that company to remove their processing equipment from the site and transport it to another XTO well site in West Virginia. However, XTO allegedly continued to transport and store gas well waste water at the Marquardt site despite not having the proper equipment on site to safely store or process it.”

In responding to the charges, this subsidiary of ExxonMobil, which is infamously no stranger to handling disasters of contamination, responded with a bravura display of pretzel logic:
“Charging XTO under these circumstances could discourage good environmental practices, such as recycling.”

As if the audacity implicit in the statement above wasn’t enough, the company continued saying, “Criminalizing a small recycling spill sends the wrong environmental and legal message. The action tells oil and gas operators that setting up infrastructure to recycle produced water exposes them to the risk of significant legal and financial penalties should a small release occur.”

The upside here is that no one in their right mind will buy this excuse. And, as XTO faces prosecution, it seems as if the inevitable result will stand as a rare example of corporate accountability.