Nuclear fusion is the process by which the nuclei of atoms are combined, or fused, into larger particles, and it is the same method of energy creation used by the sun. The prospect of humans harnessing the energy of fusion power is one that has long consumed the hearts and minds of many scientists, as it represents the possibility for endlessly sustainable clean energy. 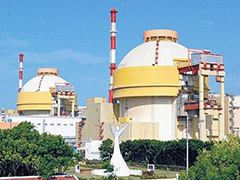 While this ultimate goal is still far off, progress toward reaching it was recently made at the Lawrence Livermore National Laboratory’s National Ignition Facility (NIF) in California. Scientists at the facility conducted an experiment in which, for the first time ever, more energy was created from the fusion reactions they initiated than was put into the fuel used for the experiment.

“We are finally, by harnessing these reactions, getting more energy out of that reaction than we put into the DT fuel,” said Omar Hurricane, who lead authorship of the report. While the accomplishment seems like a small step forward, it represents a welcome degree of progress, as the scientists have been struggling through years of failures to reach this goal.

The nature of these lab experiments involves using a squadron of powerful lasers to crush a very small amount of fuel until it generates heat greater than that of the sun. While the research of the NIF appears to be headed in the right direction, their next goal is to generate more energy than the output of the experiment’s lasers, as opposed to just the fuel at which the lasers are directed. When the experiment can generate over a hundred times its current energy, the process can begin to be self-sustaining.

Although the facility’s funds are derived from the U.S. government as a means to learn about their stockpile of nuclear weapons, the experiments will hopefully educate scientists on how to build a fusion reactor.

Nuclear fusion may very well be the key to harnessing completely sustainable clean energy in the future. Though seemingly insignificant, the progress made by the NIF could represent ground zero in the race toward the greenest renewable power source the world has yet seen.