Bioplastic Production: Why Is It So Important? 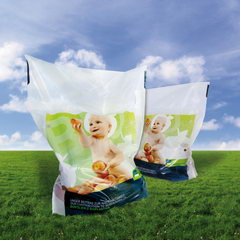 Bioplastic production is an important part of plastic for the future, and this plastic type will play a big role. Biodegradable plastic is an important step in the right direction for a number of reasons, starting with the advantages that this plastic has over the traditional petroleum based plastics. As long as petroleum is the main fuel source, the ingredients of plastic are extremely cheap because they are a byproduct of the refining processes from oil and petroleum. These plastics may take decades or longer to break down, and until they do they pose a danger to birds, fish, and other species which can either eat the plastic or get caught up in it. Either way it is usually fatal, and non biodegradable plastic can have a devastating effect on the earth and the people and animals on it. Plastic which is biodegradable does not require oil or other fossil fuels, and this means no drilling or mining damage being done simply to get to the natural resources needed. These plastics also have two thirds less harmful greenhouse emissions, including carbon and sulfur, during the bioplastic production. This means significantly less air pollution and less of an effect on global warming.

Bioplastic is made from biomass, which is domestically available. This factor is important, because oil and other fossil fuels mainly come from foreign countries, which can be hostile at times. Using petroleum based plastics means continuing the dependence on oil, while biodegradable plastic means breaking away from this dependence. There is no need to make nice with some Saudi prince or dictator from a different country, allowing them to set the prices and control the delivery. This not only causes an unstable pricing system and can lead to shortages and a huge energy crisis at the whim of a few who control the fossil fuels, but it can also jeopardize the security of our country and every American in it. Much of the fossil fuel reserves left are in the Middle East, a part of the world known for their hatred of America and the people in it before George Bush made torture acceptable and turned world opinion against the country. Because bioplastics do not rely on foreign resources but instead on biomass grown and discarded in this country, they are extremely important for the health and security of Americans and America.

One of the biggest advantages of bioplastic production is the fact that these plastics are made from renewable sources. Unlike fossil fuels including oil, these resources will not be depleted within a century. Biomass is widely available, and includes all organic matter from food scraps and animal tissues to woods and plants, as well as many other things. Bioplastics are also recycled much easier and with a lot less work and energy expended than non biodegradable plastics. One of the biggest reasons that bioplastics are so important though is the thousands of tons of plastic sitting in landfills, lining the country's highways, and floating in the lakes and oceans of the world. Bioplastics degrade much faster than petroleum based plastics, so that they disappear and are absorbed back into the earth much faster and easier. The plastic used in the future will be the biodegradable type, because of all the benefits and advantages that this plastic offers to the planet and the population. There is a greener way, one that does not use fossil fuels, harm the earth, or contribute to global waring and air pollution. Bioplastics are the smart and environmentally conscious choice when it comes to all of your plastic needs. The best choice of all is biodegradable platic that contains recycled bioplastics as well.