Are You Wearing Toxins Today? Hazardous Chemicals Exposed in Fashion

As you make your way out the door to go shopping, remember that the clothes you pick off the rack that look oh-so-good, are probably packed with hazardous chemicals that could be cancer causing. A majority of the world’s fashion manufacturers deliberately add these chemicals to clothes for men, women and children, and this turns shopping into toxic fashions. 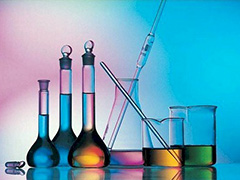 A report released by Greenpeace, called “Toxic Threads - The Big Fashion Stitch-Up,” is based on an in-depth investigation of the fashion world manufacturers. Twenty of the world’s largest fashion brands contain hazardous chemicals such as amines, when broken down, are cancer causing agents. Other brands contain NPEs, that when broken down, contain chemicals that are known hormone disruptors. The content of these agents that were above 1,000 ppm, included manufacturers such as: Levi’s, Zara, Mango, Metersbonwe, Calvin Klein, M&S (Marks & Spenser), and Jack & Jones. Additional toxic fashions include higher levels of phthalates in four of the products and included traces of amine from using the azo dyes in two of the Zara products. There were many other hazardous chemicals found in the clothing items tested. Over 141 clothing items were selected for the testing process, and the results found for the study were not only shocking but alarming that the fashion world would buy into these practices.

Manufacturers have their factories in many countries that do not have the same safety standards and levels of requirements as in the United States. The manufacturers produce their products and the toxic run offs end up in the water supplies, allowing them to use nature’s water as their own personal toilet. It is important to note that Marks & Spencer and H&M have already committed to the discharge of zero toxic chemicals by the year 2020. There is no reason that the other manufacturers cannot do the same.

3 Responses to “Are You Wearing Toxins Today? Hazardous Chemicals Exposed in Fashion”