7. Global Emissions Now Cause Problems For Centuries Into The Future 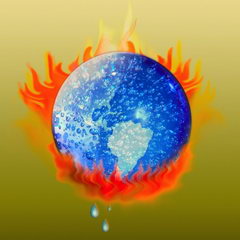 Global warming has an overall effect on every aspect of life on earth. The continuation of humanity will be dependent on making drastic changes to stop and reverse the global warming process. These seven facts are just the beginning of the problems that global warming is causing.

1. Cooling Due To Global Warming

Not all global warming impacts involve warming. In some areas of the world, global warming can mean a cooling instead, especially in some areas near the tropics and equator. When these areas cool, native tropical plants, animals, and birds may not be able to withstand the cold and may either migrate to another area or die off and become extinct. Global warming is part of the cycle that will eventually end in another ice age, and the current ecological crisis may speed up this process, making earth very hostile to mankind and other inhabitants in the future. Global warming can cause many different effects, not just a warmer temperature.

Global warming impacts will not disappear as soon as carbon emissions are stopped completely. The changes brought about by global warming will last for centuries, even with no more greenhouse gas emissions being released. It is critical to address the ecological crisis now, because waiting will just make the future even more bleak.