7 Countries that Use Renewable Alternative Energy the Most

Overall review of the countries that have addressed and implemented the most alternative energy concepts as part of their government and business plans. 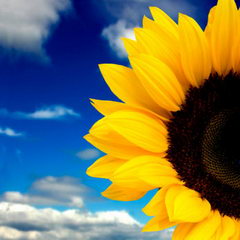 Although the countries using alternative energy in the list below can be considered the best "alternative energy countries" in terms of development work and installed capacity, this does not mean that they are the necessarily the "greenest countries" in the world. There are many other factors that go into this index, such as government policy and community scale initiatives. With this in mind, here is a list of renewable energy use by country. Something else to note is that the data that comes in, is a slow update and the list changes due to the data.

1} China. China has recognized and is acting on the incredible hurtle of a rapidly expanding economy. The energy needs of the country is overpowering the ability to fulfill and China has made massive investments in hydroelectric, wind power, biomass and solar for alternative energy sources. The largest investment was in the “Three Gorges Dam’ for power generation. While this is being mentioned, it is also important to note that this was the largest man-made dam ever built, consuming the most stone, concrete and steel. It also displaced millions of inhabitants, villages and many ancient sacred temples. The most recent development is the increased ecological problems that the dam has created.  In the case of China, the alternative energy source may have caused more problems in the long run.
2} The European Union. Some might think it unfair to list a conglomerate of 27 country states, with six core states in this list. However, there is power-in-numbers and it should be noted that many countries make their alternative energy decisions and investments on an individual basis. Most notably, Germany tops the list with investments in hydroelectricity, wind power, biomass, solar and geothermal. In the European Union, Germany is in the lead.

3} The United States. Many experiments with alternative energy technologies and vehicles have already been conducted in many universities and colleges across the country. The president feels optimistic about making the switch to alternative energy sources and replacing fossil fuels when it comes to generating energy. This will move the country away from its dependence on foreign oil and make it more environmentally friendly. Investments are being made in hydroelectricity, wind power, biomass, solar and geothermal.
4} Brazil. Brazil has elevated their country’s status on this list due to the high level investments in domestically produced and alternative energy. As early as 1985, their investment in sugarcane ethanol allowed 91% of the vehicles to operate on this alternative energy. Brazil has continued their efforts in hydroelectricity, wind power, and biomass. With intense government support, the biomass arena has had an added effect with the reduction of forest destruction. As a country, Brazil has remained in the forefront of alternative energy successes, with a majority of their energy use as not only domestic, but environmentally friendly.
5} Canada. The initial interest and investment of the Canadian government along with a lineup of alternative energy companies has been quite impressive. Canada has been known to use their best resource in hydroelectricity, but have also expanded into windpower with just a small amount in solar.
6} Russia. While Russia is one of the superpowers when it comes to natural energy sources, the government has made record jumps in hydroelectric, windpower and biomass as alternative energy sources. The Russian government is taking on the daunting challenge, even during times of financial crisis.
7} Norway. While the land mass of Norway cannot be compared to some of the other members on this list, Norway has made incredible strides in alternative energy. Most notably, in 2010, Norway built the world’s largest wind turbine. They have also invested in hydroelectricity, with 99% of their electrical needs being met through this alternative source and a smaller amount of investment in biomass.
To add to our renewable energy by country list are Iceland and Norway, both of which now generate 100 percent of their electricity from sources considered green. Iceland has a significant amount of geothermal energy (27 percent), and hydro provides 37 percent. Norway gets 99 percent of its energy from hydro and 1 percent from other renewable energy sources. These two countries are extremely environmentally progressive, and can be considered the top 2 countries that use alternative energy.

Although hydropower isn’t strictly considered green because of it’s environmental and sometimes social impact, it is completely carbon-free and it comes from a renewable source. It is still debatable whether using hydropower in the future is sustainable, but it is still much better in general than burning fossil fuels.

So our list of countries using alternative energy list has come to an end. The important thing is to be positive about the direction in which we are going. More and more countries are coming on board. China and India have giant plans to turn into alternative energy countries, and as long as the political will remains, the future looks bright for alternative energy and the world as a whole.