The chemical industry for foods would have you believe all kinds of things so you would buy their products. That’s why they spread organic food myths, which are simply not true. Here are three of the biggest organic food lies in the industry: 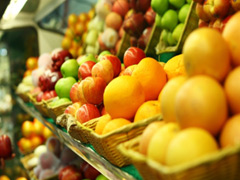 3) Organic food is more likely to give you E. coli
This is another one of the organic food myths that the chemical industry is propagating. But the fact is that all organic farms must have special certification, which actually protects from the contamination of E. coli. There are also strict regulations with regard to the use of compost and manure on organic farms. Certifiers of organic farms are also required to demonstrate that these farms comply with all regulations. The record keeping is detailed, especially when it comes to small farmers. Certifiers are expected to monitor everyone equally by the USDA. The USDA then checks these reports and sometimes even asks for more information. So, the notion that organic food could give you E. coli is almost bizarre, since there is so much inspection involved.

For more information go to: http://tiki.oneworld.net/pollution/disinformation.html